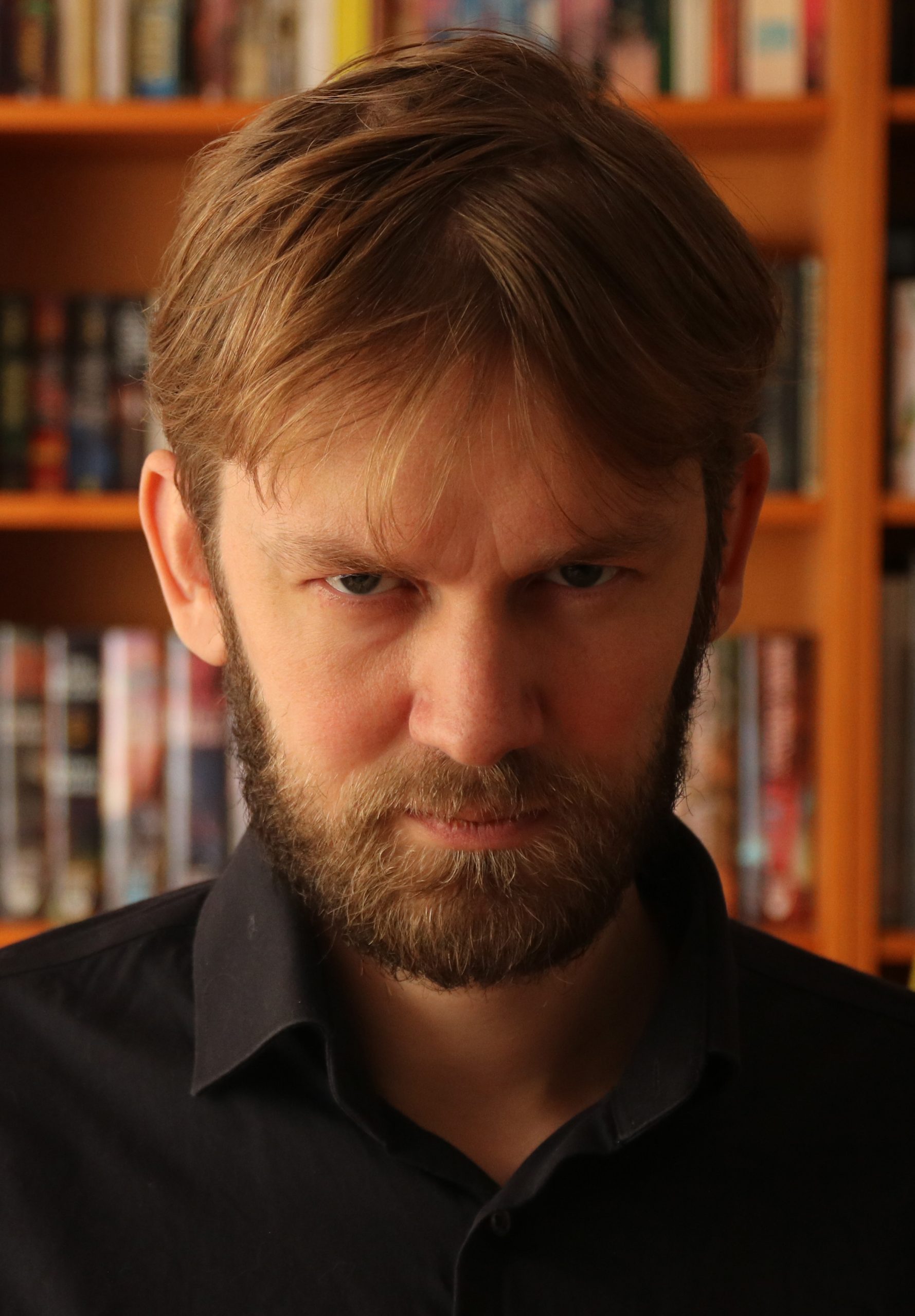 Martin Stellinga is an aspiring author from the Netherlands, who writes science fiction and fantasy stories.

He was born in the Dutch city of Leiden and was raised on a house boat. Although he is not a native English speaker, he picked it up at age seven through cartoons and computer games. He began reading English fantasy and science fiction in his teens and hasn’t stopped since. When he started writing, this led him to write in English, rather than in his native Dutch tongue.

In 2003, Martin obtained a master’s degree in computer science. Since then, he’s worked as a software developer by day, and as a writer by night.

Unhindered by his lack of drawing talent, he also wrote and drew a web comic. He wrote several short stories, some poetry, and was even inspired by Stars Wars Episode 3 to some satire. But his love is scifi and fantasy novels.

In 2015, he received a Silver Honorable Mention in the Writers of the Future contest for his scifi short story ‘Hostages’.

Currently, Martin lives in Leiden with his wife Kitty, his daughter, and their three cats, writing blogs and books.