Number of the Beast, some thoughts on an only child 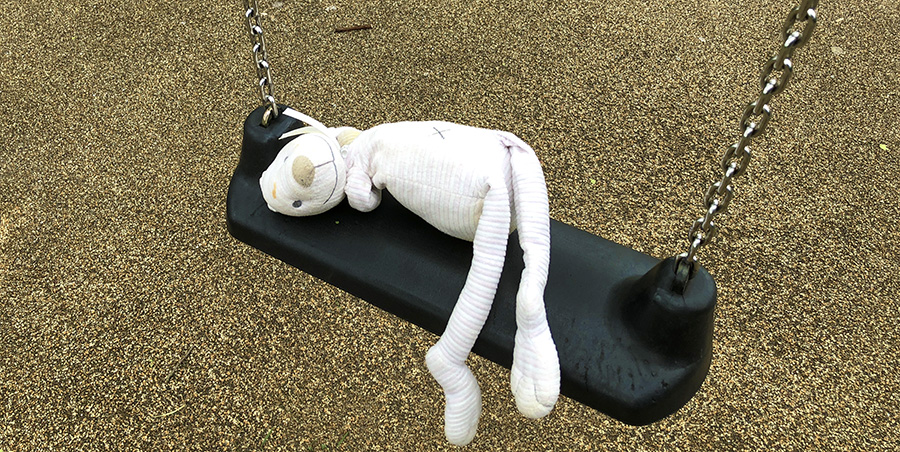 My daughter is an only child. I have friends who have two, three, or no children, but we decided differently. I haven’t seen any single-child father’s point of view on this subject, so here’s my two cents.

Once upon a time, my wife and I discussed having children. We were not married yet, my wife was trying to get back into a teaching career, and we still had two over-mortgaged apartments as a result of the 2008  crisis. Children were not out bucket list at that time, but we did want them… some time… in the future.

We had a discussion about how many children to have in that future. At first, I wanted to have two children. Only children are more selfish, more lonely during childhood, and have social problems, right? My wife pointed out that she was an only child, and she’d turned out okay, hadn’t she?  Having asked her to marry me, I couldn’t really argue with that one.

After that, I started reading up on the subject, and looked more closely at people with children around me. It turns out, having more than one child really is just a social convention.  The science says that only children have advantages and disadvantages, but on the whole, they are apparently happier.

Of course, when the time came around to choose, we chose to have one child. We could have chosen to have no kids. I know several people who’ve made that choice, and in some cases, I know some where this choice was made for them.

If you look at the world, an overpopulated ball of rock which could die in its own filth in the next few decades, you have to wonder: why would I bring a new life into that at all? I worry sometimes that my daughter will live in an age of decline, filled with death and violence as humanity slowly marches toward its own extinction. There are more people than the world can currently sustain, and nobody seems willing to do something about that. Why add to that problem?

On a more personal level, I know people who just don’t want to bear the responsibility of raising a child. They value their freedom too much, and want to enjoy life to the fullest but don’t feel they want the life-changing responsibility of a child. I can understand that. Raising a child isn’t a cakewalk, and too many people go into it with an unrealistic view of it. I can imagine people who look back on their life twenty years down the line and feel that they missed out, or that they put more into a child then they ever got back for it in return. And although some will probably disagree, I think  we have come far enough as a race to accept that as valid.

Personally, I want to experience all that life has to offer, including raising a child. I love my daughter to bits, and I can’t imagine her not being here. If I had to make the choice of having her all over again, I would do it without a second of hesitation.

Now that I have a child, I’ve been asked ‘don’t you think having an only child is selfish?’ It’s one of those expectations people have.

As I described above, having even one child may have been the most selfish thing that I have ever done, giving what humanity is heading into. I decided to put a girl into a future of possible misery, because I wanted a child. And you think not doing that multiple times is selfish?

Furthermore, having multiple children puts a tremendous burden on parents. I might be able to handle that, but it would put a serious dent in my happiness. I wouldn’t be able to sustain this blog, and I doubt I could still find time to write more books. Yes, it’s only temporary, but still. I feel that it would change me as a person, and my wife as well. We’d be parents first, and persons second. I admire people who can do this. I don’t want to myself.

Then there’s my daughter’s happiness, the most important thing, really. Siblings are a bit of a hit and miss proposition. I know people who love their siblings and people who hate them. What happens if we hit the ‘hate’ jackpot with a second child. Kids fight, and they can be vicious about it.

Will being an only child turn my daughter into a social pariah, then? No, she’s two years old and more social than I was at her age. She plays with other children in daycare and on the playground daily. She just gets to choose who she loves and hates and home is a safe place where family members don’t break her toys or take her stuffed animals.

Well… more than two seems excessive. The environmental impact combined with the global overpopulation makes having three children a bit of a no-go for me, and four or five is just bad for the world. I know people who have four children; I can understand why they did it too.

Still, I know climate deniers as well, and I disagree with them, whether or not I like them. I know people who smoke, and I don’t approve of that. In this day and age, I think four or more children is just wrong. Mind you: wrong of their parents, not of those children themselves.

And that’s my view, which is just one opinion. I’ve never treated anybody poorly over it, I hope.

I think we should all stop giving each other grief about the number of children we have.

You want no children? Or one, like me? Or two or three? Go for it. Just don’t look down at the people around you who made a different choice.