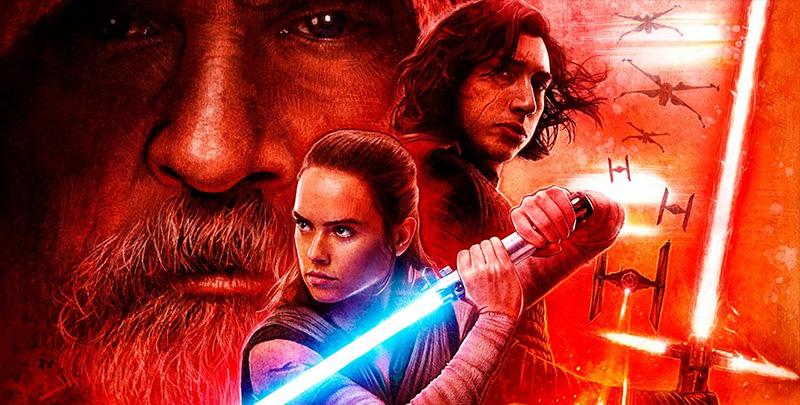 I saw the new Star Wars VIII: the Last Jedi this week. There’s some backlash from fans – of course – and praise. As a huge Star Wars fan myself , of course I’m going to review it here.

The Last Jedi starts roughly at the end of The Force Awakens. Rey presents Luke with his light saber, seeking to be taught. Meanwhile, the rebels flee their base from an attack by the First Order.

Then things start to hit the fan. Luke refuses to teach Rey, and the rebels fail to escape. Things become more and more desperate as the movie continues.

I’ll not reveal any more, because I don’t want to spoil things (I’ll do that below). This movie is of course the second in a trilogy, which are always hard because they have to live down the climax from the first movie and continue the set up for the third movie, while this movie does not have the actual climax of the trilogy.

I think the writer/director (Rian Johnson) did a great job at it. The plot does a good job of pushing the characters in the right way. It delivers on its promises and works well. There are plot holes, to be sure, but they are not in the area of my own pet peeves: character stupidity and character motivation.

The film has been polarizing fans, but I think it was Charless Stross who once said that a truly great work has mostly one and five star reviews (out of five), while mediocre work has mostly threes. When you make certain people love your work, you automatically make others hate it. So you have to accept the hate, or embrace the mediocre.

The characters from the Force Awakens are all back – well, those that survived. The brunt of the movie is about the developments in the arcs of Rey, Kylo Ren, Finn, and Poe. They all grow in their own way in this movie.

New additions are Rose, a young mechanic who gets thrown together with Finn, and of course Luke Skywalker. Leia also gets a more prominent role in this film – one of Carry Fisher’s last.

The characters all have their role to play, and their stories eventually converge to complete all of their arcs. It’s pretty well done, and they’ve managed to cram in a lot of cool action scenes without sacrificing these arcs (as happened with Wonder Woman).

The Last Jedi was mostly what I hoped it would be. I’ve read that people were very surprised – and some ultimately unhappy – with the way the movie handled things. I just thought it was well done. I wasn’t annoyed by large plot holes or weird character motivations, and I was pleasantly dragged along as characters were… well, let’s continue in the spoilerfilled section below. 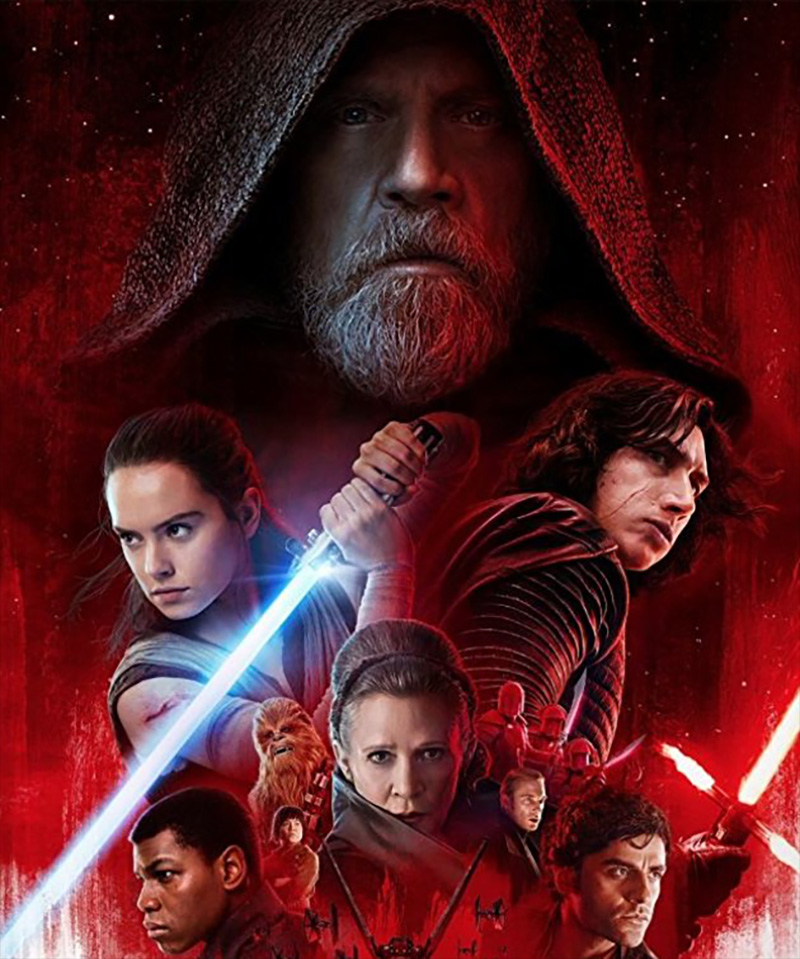 The promise of the prequels

Twenty years ago the first of the prequels rolled around, and then the second and third. I ultimately hated the third one so much I wrote a parody script for it. The thing is, I wanted the prequels to be about the slow descent of Anakin Skywalker into evil. The prequel trilogy didn’t deliver, instead weaving an increasingly nonsensical tale of the fall of the Jedi.

The Last Jedi delivers where the original trilogy could not. It adds a lot of depth to the character of Kylo Ren. He was a conflicted teenager, who suffered a betrayal by his mentor Luke, driving him onto a path of darkness. He’s trying to destroy his past, running away from his own pain. In this movie he has the chance to go back to the light side, but he chooses not to go and embrace the lure of power instead. He kills Luke, thinking this will complete his destruction of his tortured past.

Rey, on the other hand, follows a different path, but she also comes to herself. She starts conflicted and doubting, and hopes Luke can help her and save the galaxy, but he ultimately cannot. She finds her own strength, and sets her own path.

Luke himself steps aside for a new generation of heroes. He tried to forget his past, like Kylo Ren did, but Rey and Yoda show him that you should not hide your mistakes, but learn from them. He finally owns up to his failure, and uses his last strength to give the rebels a chance to escape Kylo Ren and start anew.

If you replace Kylo with Anakin, Rey with Obi Wan, and Luke with Yoda, you’ve got the perfect prequels. At least, that’s what I always thought they should have been. And this movie finally delivers. So, awesome!

All in all, the movie is a terrific ride, leading you along the twisted paths of several character arcs. Now I just hope they don’t mess up episode IX in two years.