A Christmas Carol: the redemption plot 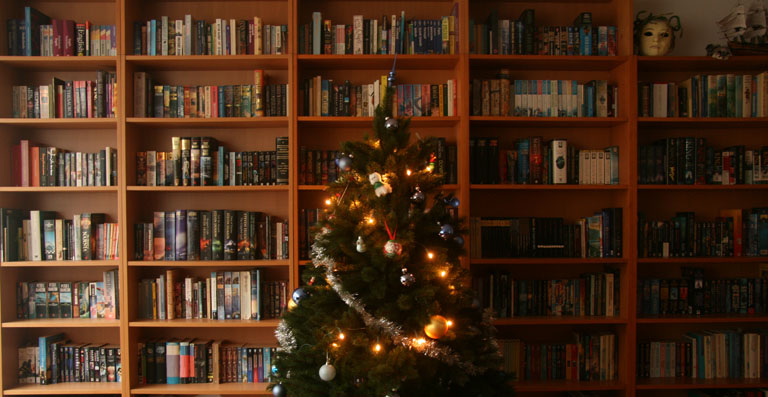 Most stories will start out with a protagonist whom readers can relate to, but who has a flaw. During the course of the story, external forces push the character to change until they do and overcome their flaw.

If you look at A Christmas Carol, the story starts with Ebenezer being a miserly  and unlikable bastard who only grudgingly gives his underpaid clerk Christmas day off. He scoffs at people collecting for the poor and he refuses a Christmas dinner invitation from his nephew. The three ghosts of Christmas past, present, and future visit him and this pushes him to change. After the visits of the three, Ebenezer has changed and become a good man.

A redemption plot is not easy to pull off. One of the things we writers are taught is to create characters that people can identify with. The more deplorable a protagonist is, the harder it is to make that work. Regular people will have problems relating to a hardened serial killer, a predatory pedophile, or an elitist bully like Ebenezer Scrooge.

The trick is to make the reader understand the character, at least. If you start a story with a description of a man sawing a woman to pieces and disposing the body, you’re not likely to win our hearts. Ebenezer, on the other hand, is a hard worker, and although he’s mean, people around him apparently see something redeemable in him. His nephew invites him to dinner, and – however grudgingly – gives his clerk the day off. Ebenezer is not a nice man, but he is not irredeemable, an important distinction.

There are things that make a character irredeemably evil in the eyes of the reader. Your mileage on what drives people away may vary, though. Personally, I think the line is crossed when the protagonist performs actions that cause lasting harm, and when the character clearly enjoys acts that harm others.

One of the pivotal plot elements of A Christmas Carol is the fate of Tiny Time, the son of Ebenezer’s clerk. The ghost of Christmas present shows Ebenezer that Tiny Tim is ill. However, it is only the ghost of Christmas future that shows Tim’s death. If Tiny Tim had already died because of Ebenezer’s actions at the start of the book, then the reader would probably have hated Ebenezer for it, to the point of throwing the book down.

I don’t stop reading a book lightly. When I start on a book, I usually finish reading it. One exception was the Prince of Thorns. The protagonist is a broken boy, who was emotionally damaged when his mother was raped and killed in front of his eyes and he was poisoned. The book starts with him and his band of misfits robbing a village and raping the mayor’s daughter. The lasting damage he causes to people, and his enjoyment of it, made the character unpalatable to me.

The way the protagonist is portrayed is one important aspect  of a redemption story. The other aspect is the external forces that push him or her to change.

In A Christmas Carol, the external forces are the ghosts of Christmas past, present, and future. If there is one thing that will change a person, it is them seeing what the results of their actions are. In A Christmas Carol those results are very clear and heartbreaking.

The important thing is that the external forces push hard enough. A character doesn’t change easily. The more the character has to change, the harder the push needed. Pulling this off can be equally daunting as setting up the protagonist in the first place.

In A Christmas Carol, it takes the ghost of Christmas future showing Ebenezer his own sad funeral, where nobody comes to pay respects, and the funeral director steals his possessions.

A Christmas Carol is an interesting example of the redemption plot. One of the dozen variations should be on television in the next few days. One good alternative to watch is the version by Rowan Atkinson: Blackadder’s Christmas Carol.

Of course, you can also go and read the original.